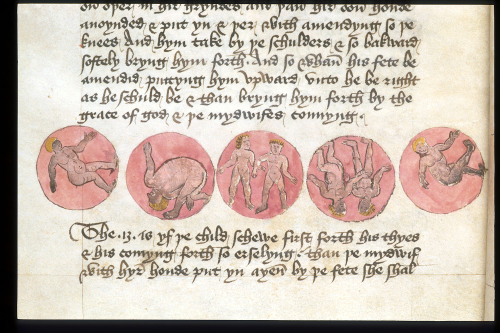 My loves, I know I promised you part two of medieval kink this week, but world events have overtaken me. Instead, I have put together a list of articles about abortion in the medieval period, and I believe that reading them is likely a better use of your time. Later today over at my podcast, We’re Not So Different, we will also have an episode out about the topic.

I have tried to select articles that you can read, but near the bottom you will also find some books on the subject if you want to know more later.

Lydia Harris, “Old Ideas for a New Debate: Medieval and Modern Attitudes to Abortion“, Medieval Feminist Forum: A Journal of Gender and Sexuality, Vol. 53 No. 1 (2017), 131-149. A good introduction with specific reference to modern attitudes towards the medieval period.

Roland Betancourt, “Abortion and Contraception in the Middle Ages: Both Were More Common Than You Think“, Scientific American, 11 December 2020. An excellent introduction to earlier medieval attitudes toward abortion, with specific reference to medical ability in the Eastern Mediterranean.

M. J. Elsakkers, “Reading between the lines: Old Germanic and early Christian views on abortion“, (2010). A thorough chapter on changing legal approaches to abortion in the early medieval period.

Ken Mondschein, “The Past and Present of Abortion in Medieval Law“, <medivalists.net>. A nice, quick introduction to legal attitudes over the ancient and medieval period.

Carla Spivack, “To ‘Bring Down the Flowers’: The Cultural Context of Abortion Law in Early Modern England“, William & Mary Journal of Women & the Law, Vol. 14 No. 107 (2007). A good overview of early modern attitudes and cultural reflection.

Sarah M. Butler, “Abortion by Assault: Violence against Pregnant Women in Thirteenth-and Fourteenth-Century England“, Journal of Women’s History, Vol. 14 No. 4 (Winter 2005), 9-31. A good look at attitudes towards assault and abortion in the later medieval period.

Y. Michael Barilan, “Abortion in Jewish Religious Law: Neighborly Love, Imago Dei, and a Hypothesis on the Medieval Blood Libel“, Review of Rabbinic Judaism, Vol. 8 No. 1-2, (2005), 1-34. A really interesting comparison of Jewish attitudes toward abortion in the medieval period.

If you have institutional access, a good read is Maeve B. Callan, “Of Vanishing Fetuses and Maidens Made-Again: Abortion, Restored Virginity, and Similar Scenarios in Medieval Irish Hagiography and Penitentials“, Journal of the History of Sexuality, Vol 21. No. 2 (2012). It is a great look, once again, at abortion miracles and the Irish context.

Zubin Mistry, Abortion in the Early Middle Ages, c. 500-900, (York: York Medieval Press, 2015). Does what it says on the tin. A masterful look at the early medieval social context for abortion.

Wolfgang P. Müller, The Criminalization of Abortion in the West: Its Origins
in Medieval Law, (Ithaca, NY, Cornell University Press, 2012). A highly technical book focusing in particular on twelfth century attitudes towards abortion among medieval canonists and the process of codification of those feelings into law.

My book, The Once And Future Sex: Going Medieval on Women’s Roles in Society, is out now in the Americas, and available for pre-order in the UK, Aus, and NZ.

The Once and Future Sex, my latest book, is out now. Find out more here.

Check out my podcast We’re Not So Different