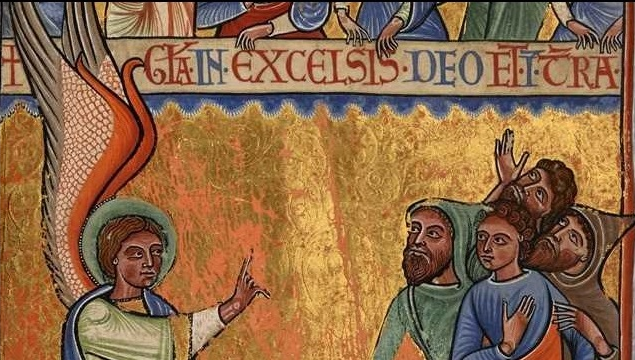 Today at Going Medieval HQ we are excited to have a guest blog by kick-ass art historian working on medieval medical visual culture, and the other half of Medieval Dick Twitter, Dr Sara Öberg-Strådal. Follow her on Twitter for excellent meme action, updates about growing your own medieval pigment garden, and generally correct opinions.

If you’re blessed enough to not have heard about QAnon. Congratulations. You should leave this post right now and go and do something nice for yourself.

QAnon is a super strange radical internet cult that believes that Donald Trump is a divine saviour who is working against the Deep State to save America. Every other day there is a new coded message, a so-called “Q Drop”, predicting mass arrests and explaining that MS13 are bad because they are funded and run by Democrats. IDK. At best it is borderline incomprehensible, and at worst it is also super racist. Followers of Q will interpret any aspect of Trump’s presentation and twitter presence (his back-combed hair signified coming mass arrests) and personal biography (see the fairly fringe belief that Trump can time travel and did so to get his uncle to write some shitty children’s books to predict his rise to power).