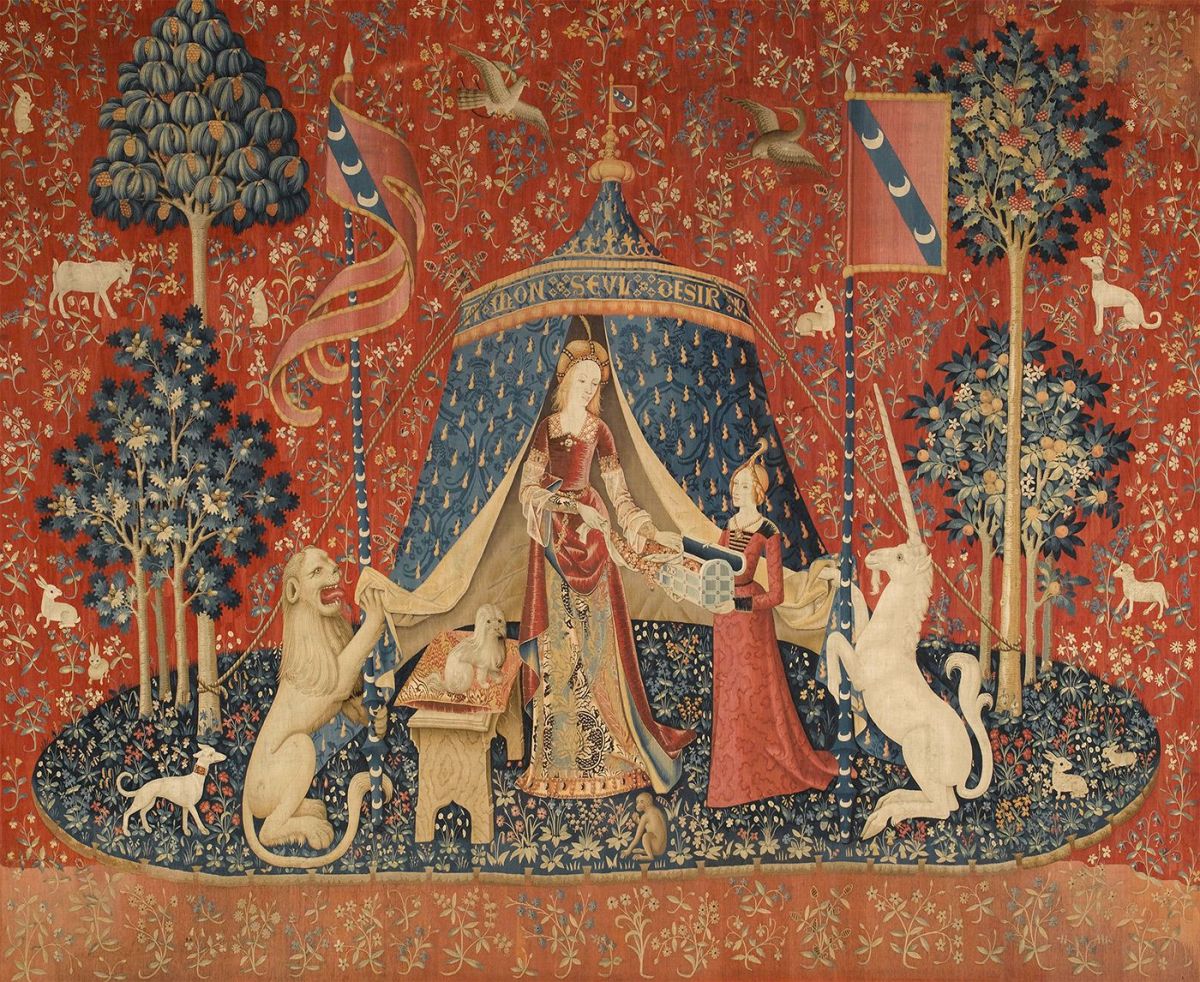 So, the other day I was over on my extremely good Patreon that you would like if you joined, having a chat in a video about my research methodologies and some books I have used lately. I gushed about one book in particular, Kim M. Phillips’s Medieval Maidens: young women and gender in England, 1270-1540, which absolutely rules. The book focuses on the idea of “maidenhood”, which especially for the aristocratic, was a phase of life was strongly correlated with the conception of a nebulous “youth” similar our own teenage.

During this time, girls were not seen as full adults, but were no longer children either. Such young women were celebrated for being avatars, as the Cornish writer John Trevisa (1342-1402) rather creepily put it “of cleaness and incorruption as it were virago, for she knows not the passion of women.” This ideal was, as Phillips puts it, that all such rich young women, “possessed all of the attractive qualities of femininity but were free of the faults.”[1] It was these qualities that “damsels”, from the French dameisele, were meant to conspicuously project as a part of their service work in households, especially in Northern Europe, before their inevitable marriages.

Being a damsel was a specific job. It meant that you were a lady in waiting in a house that was not your own. A lot of the time the period of service would kick in around about thirteen when families had educated their daughters to a level that was deemed sufficient. The next step of their education was to get refined and ladified, so they would get shipped to live with another, usually richer and more powerful, family.

Damsels did all sorts of work. They embroidered and helped with cloth production. They made their lady’s bed. They took messages to other rich people if their mistresses didn’t feel like going themselves. In general, they made themselves useful in whatever way was best. In return, they learned how great houses were run, made contacts among the aristocracy, and hopefully made a good impression so that they could secure a marriage with a nice (rich) young man as well.

Anyway the thing about being a damsel, as my patron Max (shout out!) pointed out, is that the main sort of work you did was essentially being an inverse influencer.

This is because the major thing that damsels did was be very conspicuously pretty, well dressed, and hanging out with the woman that they were serving, especially in ceremonial circumstances. Phillips notes, for example, that Dame Katherine Grey and Mistress Ditton served at Elizabeth of York’s (1466-1503) coronation in 1487 by going “under the table where they sat on either side of the Queen’s feet all the dinner time.” Similarly, the Countesses of Oxford and Rivers “kneeled on either side of the Queen, and at certain times held a kerchief before her Grace”.[2]

Now this is an extremely specific (and weird) flex. What Elizabeth was showing was that she was surrounded by hot important chicks at all times. She had so many hot important chicks around her that they just hung out to pass her a napkin when she needed it. Hell, she had hot important chicks sitting under the table where you can’t even see them just because she can. It’s like a late medieval version of a selfie full of Instagram baddies and a caption that says, “Quiet Tuesday in with these idiots, yawn.”

The point of having a bunch of damsels around you was to create a spectacle which highlighted the woman in charge. She looks very feminine and very powerful because she has lots of feminine powerful women surrounding her and serving her. In return, the damsels get to be a part of the spectacle and prove that they are well connected and feminine enough to be used in this manner. It’s a form of display and you, peasant, are meant to be very very impressed by it. So basically, a powerful lady or queen with a large retinue is running a hype house. I will not be apologizing for this analogy, thanks.

This is interesting though, because it acts in a sort of reverse way from how influencers work now. Influencers are, of course, expected to be extremely hot, and usually conspicuously feminine when they are women. When we have to deal with every white girl in the world in a pair of suede boots at a pumpkin patch every autumn they are acting out a specific form of girly-girlness that we are meant to recognise, respect, and respond to. However, unlike damsels which are meant to make it clear that someone is very important, and indeed much more important than their audience, influencers have to make their audiences feel as though they are actually friends. Yes, they are standing in a million-dollar beach house in a three-hundred-dollar bikini, but maybe you could be there too with them!  The only thing preventing you from doing so is buying X product which will make you just like them.

So the difference is that influencers are attempting to create what we in the analysing society game refer to as “parasocial relationships”. That’s a technical way of saying when you feel like you have a relationship with someone based off of their media output. So, you know like how you feel that you are friends with the people who are on your favourite podcast? That is a parasocial relationship and that is what influencers do. This is in stark contrast with damsels and ladies’ courts who are extremely on a Mean Girls vibe and doing “on Wednesdays we wear pink” in front of an audience who knows that they, decisively, cannot sit with them.

Hilariously in both the medieval and modern contexts, whether the women in question are letting you know you are not friends, are trying to make you think that you are, the pretty ladies doing the display make some people very very sad. Phillips notes that in the fourteenth-century Book of Vices and Virtues it was written that damsels wearing pretty clothes were in mortal danger of their souls, both because they were vain and because they inspired lechery in the dudes who saw them. It reads:

“To behold these ladies and these maidens and damsels arrayed and appareled, that often [time] apparel them more quaintly and gaily for to make [foolish] lookers to look on them and [think] not to do great sin … But certainly they sin well grievously, for they make and be the cause of loss of many souls, and where-through many men are dead and fall into great sin; for men say in old proverbs, ‘Ladies of rich and gay apparel are arrow blast [against] the tower.’ For she has no member on her body that is not a [snare] of the devil, as Solomon says, wherefore they must yield accounts at the day of doom of all the souls that by reason of them are damned.”[3]

In other words, the damsels at court might think there is nothing wrong with being conspicuously hot in public, but in fact, it is very sinful because it creates a sinful society and encourages lust in men. TL/DR: dressing up in public means that you are in league with the devil.

Meanwhile in the year of our lord 2021 people rail against the sexuality of influencers. Evidence of this is rife, but can be summed up pretty well by one blogger (who I am extremely not gonna shout out because oh my lord girl, deal with your internalised misogyny, I beg.) deeming the sexy girls being sexy on Instagram, “Instasluts” because her best friend’s husband liked a picture of one once or something. IDK, monogamy is wild.

This is important to note because both medieval European society and our society now have a clearly very fraught relationship with women displaying themselves in public. The attempt to control gaze both then and now has some very visceral reactions. It can make people feel awe, or build entire relationships in their mind. It can also enrage people to the point that they condemn these women even though, and this is crucial, in neither case were they actually in a relationship with their audiences.

The important thing to take away from all of this is that women being put on display, and using that to wield power, is a very old practice. What has changed over time is the way that display is focused. Medieval people used it to keep others as an outgroup, and people now use it to make outsiders feel as though they are in. Overall, the goal is the same: accruing power, prestige, and respect to the woman who is in control of her image. This often results in backlash but the thing about it is that the world has yet to end because a bunch of hot chicks hung out one time and then someone felt bad about themselves.

Do I think that either iteration of hyper-feminine display is necessarily laudable? Not especially. I am just saying it is a constant feature in our society, and if you want to get rid of it, then we need to rethink our approach to femininity more generally. Until we can offer women more ways to gain prestige, we are gonna keep going back to old reliable: being conventionally attractive. I find it hard to get mad about that.

For more on medieval women, see:
On constructing the “ideal” woman
On Jezebel, makeup, and other apocalyptic signs
On Women and Work
On “the way of carnal lust”, Joan of Leeds, and the difficulty of clerical celibacy
Considering bad motherfuckers: Hildegard of Bingen and Janelle Monáe
On sex work and the concept of ‘rescue’
On the Ideal Form of Women
On women and desire
Such a nasty woman – on Eleanor of Aquitaine, femininity, reputation, and power
Islam was the party religion, or, why it is lazy and essentialist to say that Islam oppresses women
These hoes ain’t loyal – on prostitutes and bad bitches in medieval and hip hop culture
Let’s talk about Game of Thrones part 2: on marriage and Sansa

One thought on “On damsels and influencers”